This post was written in collaboration with Els Vandingenen (info@mamacoach.be)

A few weeks ago I published a post in which I referred to the condition of “parental burnout”, from which many mothers and fathers of infants and preschoolers suffer. This condition is characterized by fatigue, feelings of being overwhelmed, irritability, feelings of inadequacy (as a parent and a person), escape fantasies, sleeplessness, abuse of food, alcohol or cigarettes, lack of pleasure in caring for the child, outbursts, and marital conflicts related to parenting. I decided to present a case that I supervised. In this post, I’ll describe a mother who suffered from parental burnout. In the next post, I’ll describe how she was helped to cope with her problem. Els was supervised by me in this case, and she told me she had many other similar cases.

This young mother became pregnant after being together with her boyfriend for five months. Today she has a boy (3.5 years old) and a girl (1.5). Her boyfriend works long hours and comes home late. Her parents are old and she doesn’t want to bother them. Actually, she doesn’t really want their help, for they are too strict for her taste. This mom describes her situation as follows: “I feel I have completely adapted myself to my children and my boyfriend. I don’t even know who I am anymore. I feel alone in the world.” In the meeting with the “mama coach” she looks exhausted, cries most of the time, and tells that she is completely unable to set limits to her children. They ignore her completely and their behavior becomes more demanding by the day. She is deeply disappointed with herself as a mother and a person. When asked what she usually liked to do, she answered: “I don’t know it anymore!” She talked about things she liked to do in the past, but they seemed remote to her. She missed the feeling that she could do whatever she wanted with her time. She reminisced nostalgically about going about not knowing what she would do in the evening, where she would eat, whom she would meet. She described this situation with tears in her eyes, calling it “total freedom”. This kind of escape fantasies is quite common among mothers and fathers with parental burnout.

She described her children (especially her son) as deeply needy. The boy is very anxious. He sleeps in her bed, because he’s afraid of bad dreams or bad things happening to him. He can’t play unless she plays with him. He suffers from separation anxiety, crying bitterly even when she goes out to take away the garbage. He goes to kindergarten, but everyday there is a heart-rending parting scene. She feels her children really need her all the time, especially as they were both born in urgent caesarian sections, and were cut off from her at birth. She wanted to be completely different from her strict parents (although she thinks she also got good things from them), and especially from her grandmother, who took care of her as a child, and gave her really traumatic experiences (the grandmother would hold her over the window sill, threatening to throw her, if she didn’t stop crying). She was deeply influenced by ideals of motherhood involving continuous availability. However, she feels she is not really there for them, because she feels negative feelings that must inevitably be transmitted to them.

Her son’s demandingness and behavior difficulties are manifest also in areas that are not linked to his anxiety. For instance, he begged that she would bring chickens to their home (they have a small garden). She told him she would do it, if he promised to help to take care of them. He promised (he’s 3.5!), but did not keep his word. In the end, she has to care for them alone. Sometimes she threatens to get rid of them, but then she gets scared by her intention, because of the symbolic meaning this would have for her children. She gets caught in other binds. For instance, she wants the boy to learn to be careful on the street. So, she lets him walk alone at her side, reminding him that he should take care. But the boy often gets down from the pavement in a show of provocative independence that is quite the opposite of his usual anxiety. She then threatens that if he continues she will have to hold him by the hand. When she actually does it, he starts screaming, and she feels awful. This interaction repeats itself again and again. Another example: the boy loves children songs on the TV, so he wants to have the children’s channel on all the time. The loud music irritates her. She longs for some quiet music, but her boy starts screaming when he stops the children’s songs he loves. She tries to turn off the TV, but then he nags her no end. She says: “He’s a musical child! I don’t want to repress his love of music!”

The counselor describes how every time when they talk about setting clear limits, the mother stiffens up, as if her body was refusing to go in that direction. Apparently the very possibility of restraining her children puts her in a very difficult position. One might feel tempted to explore the sources of those feelings. The problem is that this mother came to counseling after a therapy of various months in which such an attempt had been made, with no positive results. On the contrary, it left her with the feeling that something was really flawed inside her.

The mother tells of conflicting thoughts that don’t give her pause, such as: “Your children really need you!” “Your son will be traumatized if you are not there for him!” “Don’t be like your parents!” “If you start being like them, in the end you’ll be like your grandma!” “Why are other mothers able to fulfill their role smoothly and caringly?” “You are to blame for your child’s anxiety! You never gave him the basic trust that he needs to feel safe!” Or on a different vein altogether: “Why is being a mom so much like a straightjacket?” “Where has my whole life gone?” “How did I get here?” “How come I am completely effaced?”

In our next post I’ll describe how the mother and her coach looked for a way out of this labyrinth. You are invited to register at the frontpage of this site, so as to be updated on the follow-up. 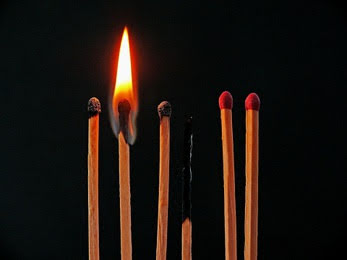